A young teenage girl who thought she found love,
She gave up herself to taste his heart,
But then she discovered a push in her back,
He was not love,
But he gave her another heart to conceive.

Churns in her body,
the tension of being somebody that others thought she was,
In her eyes are engraved the voices of others,
And in her youth to embrace,
The slayings coming.

What now should she hold onto,
A life filled with scorn?
Or another one for hiding.

She cries alone in an empty room,
She shed tears that fills a pool,
She listens to choices but which one to choose,
In the end she succumbs,
To wear society’s,
Verbal tattoos,
Words that she will forever carry,
In her heart and on her head.

I read in the news a few days back of a teenaged girl who, after conceiving left her baby to die. At a first glance, I thought to myself, how could she do such a thing and kill another life which was meant in fact for her to nurture. But in the event of her being unwed, being a teenager this would be a burden for her to carry. There is truth that she will carry the stigma because of her decision. And also what she did was wrong. But do we ever ask ourselves, as a society, how we also contribute in the killing of the child? So what if she conceived in bearing the child and nurture the child being an unwed teen and having no husband? Do we as a society stop in looking at her as a failure? It is as if she is wearing a tattoo, inked permanently on her forehead and deeply in her heart. We should ask ourselves instead, what have we done as a society to make her think that way. What have we as a society contributed in terms of being murderers ourselves. 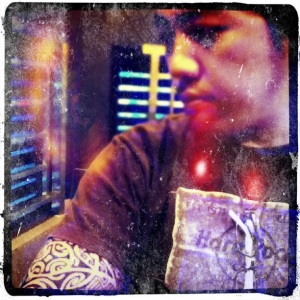 Legalism is a sickness. And what sickens me is when people use the Bible as the source book for their petty games of prohibition. Someone posted on his Facebook status that according to the bible tattoos were forbidden. The verse is taken from Leviticus 19:28. But verses before that also stated that one should not eat meat with blood in it and the one about prohibiting the cutting of sideburns and beards.

Leviticus 19:26 “‘Do not eat any meat with the blood still in it.
“‘Do not practice divination or seek omens.
27 “‘Do not cut the hair at the sides of your head or clip off the edges of your beard.

How can one state that the prohibition in verse 28 is mandatory and just jump over verses 26-27? I think some people will tend to do so if they have a distaste in tattoos. But it’s a shame when people who profess they read the bible don’t do much reading at all. The just pick the verses that subscribes to what they believe is right. This is the thing that sickens me. I’m a Christian. I study theology and I have tattoos. So what’s wrong with that?

I just found out that new comments came up responding to my argument about the baseless stance of the whole “tattoo is forbidden” thing. Someone replied that,

“Sometimes (although I interpret this as “always”) the outward appearance is a reflection of what’s inside.”

To which I responded (not my exact words),

“The guy responsible for the Norway shooting looked anything but a brutal gunmen.”

And he responded back that “youths with tattoos on their bodies are either jobless, doing menial work(coolies), troublemakers, drunkards, dropout or a combination of these…a reflection of what is inside.”  (I say that he is simply stereotyping everyone who has tattoos)

So, you can see that some people will not back away from what they think is right. And as always, what they think is right is the position of the bible. Even with solid arguments they will always win. Because they will never change their minds. I’m not arguing that because tattoos are not a prohibition so anyone can just have one. Hey, if you like them, get a design you like. Not everyone is a fan of tattoos but it doesn’t mean that you have to make it into a spiritual issue which gets it all wrong.

Yes, I’m a Christian. I study theology and love it. I love tattoos and have them. But i’m just tired of these people who add whatever they think is right and call it doctrine. No wonder I’m getting cynical.

Just got done with the outline.

Initially I wanted to get me a Maori elbow tattoo but changed my mind and I got what you see above. This one is number two. If you don’t know about the experience of getting one, I’ll try my best to explain.

Pain is something that we’d like to deny. When we live in denial, pain, in how it affects us will become great. But if we live life and know that pain is something inevitable, how we go through the experience will be much better. Not better in a sense that there is less pain but we live life knowing that pain can come at any moment. In some ways that’s how the experience is with getting a tattoo. You don’t go and get a tattoo thinking that it’s gonna be a smooth ride. There will be pain. And initially in the process of the tattoo artist inking you, after a few minutes things get better. You’ve become accustomed with the rhythm of pain surging through your body. Your body and mind begins to cope.

But after all the surges of pain, where your body is done being scarred by the needle stabbing your skin with ink, you see the majestic beauty that comes out of that experience. But then again, it depends on who is inking you. You need a good artist to do that.

While I was getting inked, my mind was reflecting on this. Since I’ve had my own bouts with pain, like the process of getting the tattoo done, we can in time see some form of beauty that comes out from our experiences in life.

Our acceptance of it’s reality helps us cope.

And in time some of the scars that heal become something beautiful.